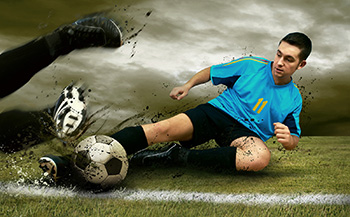 This is a unique service, we offer hiring for footballing hire. This includes being Chauffeured to the ground, and the Chauffeur waiting for the duration of the game and then Chauffeuring your back to your home safely and comfortably.

No matter where your team is playing - whether for the visiting support or for the home support, we'll take you there. We cover the whole of the UK - so if you and your mates want to arrive at the ground looking like the stars of the day - hire one of our magnificent Limousines - and turn a few heads!

For full hospitality call PCS Limos and we can arrange. We can arrange any football events including the FA Cup Final at the new Wembley. 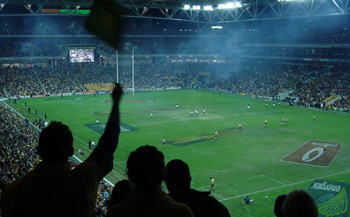 We can provide hire for trips to domestic and international matches, including trips to Twickenham - home of English Rugby.

Sure to provide some exhilarating rugby, these games are not to be missed. We are also offering hospitality packages for the domestic league & Cup finals played at Twickenham including the Powergen Cup Final, Heineken Cup Final and Zurich Premiership Final.

Rugby football (usually just "rugby"), may refer to a number of sports through history descended from a common form of football developed at Rugby School in Rugby, Warwickshire, England. Rugby league and rugby union are the only two sports referred to as "rugby" today

Want to go to Test matches for England? Or the League matches for Surrey, PCS Limos can arrange an outstanding service for trips to such famous grounds like the Oval and Trent Bridge.

Go for a day to a fantastic TwentyTwenty cricket tournament, absolutely perfect for a day out as it provides great fun and exciting cricket.

The 2009 summer of Cricket is again expected to see the highs and lows of our English team hoping to maintain their successful glories in the 2008 test match series further punctuated by the hugely popular Nat West Series of one-day internationals which England will want to improve on from their performance in 2008. 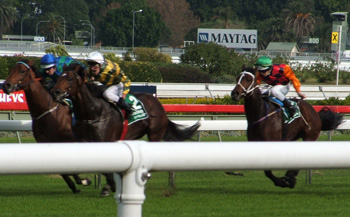 Royal Ascot has always been a firm favourite event worldwide, and with our customers in the past. PCS can offer a first class service and undoubtedly some of the best hospitality facilities at The Cheltenham Festival in March,

The Grand National at Aintree in April, The Hennessey Gold Cup at Newbury in November, Glorious Goodwood in July, Royal Ascot in June the Vodafone Oaks and the Epsom Derby in June, York Ebor at Knavesmire in August, St Ledger Festival at Doncaster in September